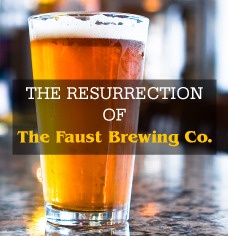 Summer is just around the corner, and Vintage Oaks thinks this brewing Texas living news will set the right mood for the season.

Mitteldorf launched his brew-making career at The Faust several years back. He brings a wealth of brewing prowess to the quaint, casual yet classy establishment. Mitteldorf mastered the art of brew-making while studying at The Siebel Institute of Technology. He completed comprehensive professional tours at the Houston Brewery, The Yellow Rose Brewing Company in San Antonio, The Two Rows Brewing Company in Houston and The Dodging Duck Brew Haus in Boerne, before returning to New Braunfels. He's enthusiastic to serve as brewmaster of The Faust Brewing Co. because he loves the close-knit, cohesive vibe of the crew.

Kummins and Mitteldorf have high hopes for the progress, prosperity and outlook of the brewpub, which brims with activity.

"We want people to say, 'We have to go back to New Braunfels. We want them to return for the food and our beer and our hospitality because they can't get it anywhere else.'"

Read more from the source: thenbscene.com