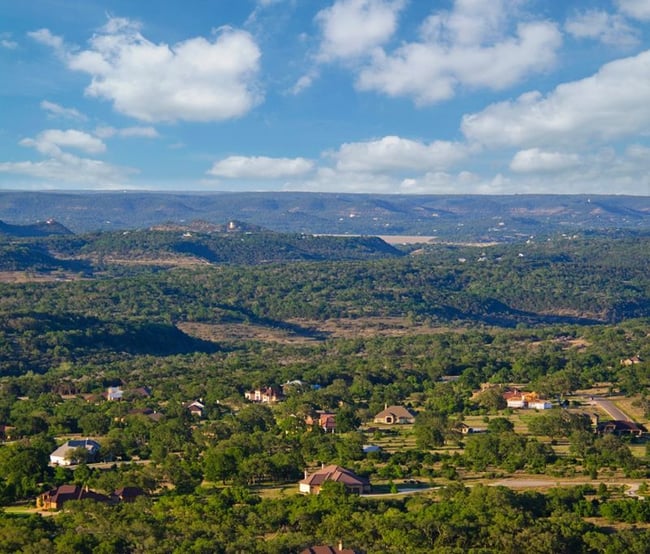 Job growth in the Hill Country continues to impress with word that the world’s largest retailer, Amazon, is opening a facility in San Marcos and hiring 1,000 employees. The Texas Hill Country has been on a tear with companies relocating from other states and expanding their local workforce. HEB also announced last week that it would be building a $14 million HEB Plus in New Braunfels.

Population growth in the area also reflects its desirability; San Marcos is the fastest-growing city in the nation for the third consecutive year. “Census numbers show the city’s population swelled by 7.9 percent between 2013 and 2014 to 55,892,” said KXAN.

“The continued population boom in Central Texas cities lends credence to the idea of a mega-region developing between Austin and San Antonio along I-35, said the San Antonio Express-News. “Census data released in March showed that Hays and Comal counties — which include San Marcos and New Braunfels, respectively — were the fifth- and ninth-fastest-growing counties in the U.S. from July 2013 to July 2014. Cities like San Marcos and New Braunfels also aren’t just growing. They are changing, becoming economic hubs in their own rights.”

New Braunfels had a record sales tax rebate in June, spurring further development in the 6th-fastest in the state and showcasing the city’s burgeoning retail core.

“Sales made in the city in June resulted in a record monthly sales tax rebate of $2.75 million, which eclipsed — by approximately $130,000 — the previous high-water mark of $2.62 million set last December,” said the New Braunfels Herald-Zietung.

Home prices within the region are also up 5.3 percent over this time last year, according to the latest CoreLogic Home Price Index.

Fans of New Braunfels note its thriving employment centers, but also its convenience to Austin and San Antonio and its major employers. They fawn over its vast entertainment options, in particular its abundant live music. They love the great schools, the cultural outlets, and the incredible recreation that attracts people from all over the country and the world to come tube the river. They gush over its natural beauty. They revel in the small-town charm and the friendliness that permeates the entire city.

And they especially love being able to live in the heart of the Hill Country in a community like Vintage Oaks. So popular is this masterplan on the Texas Wine Trail that it’s been the fastest-growing community in the Hill Country for two years running.