Texas Hill Country wines are no longer a Texas secret 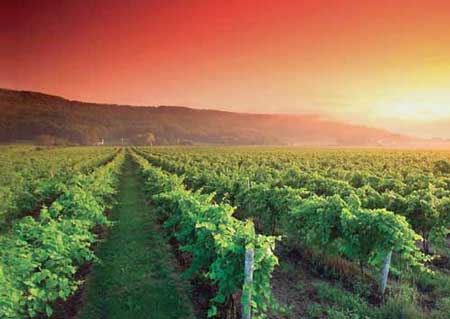 Among those who live in Texas, Hill Country wines are a great source of pride, not to mention a great addition to a meal. But what was once known only to locals has now developed a following across the country and internationally as well. Hill Country wineries and wines are no longer a Texas secret.

In 2014 alone, Wine Enthusiast named the Texas Hill Country “One of the 10 Best Wine Travel Destinations,” several Hill Country wines were recognized with prestigious industry awards, and the Texas Wine Trail continued to be noted for its wine offerings and the spectacular scenery and atmosphere that has always captivated locals and visitors alike.

“Everything really is bigger in Texas: It’s the No. 5 wine-producing state in the U.S., the Texas Hill Country AVA is the second largest in the nation and its most promising wines boast supersized flavors,” said Wine Enthusiast. “But the explosion of new wineries and tasting rooms along scenic Highway 290 west of Austin hasn’t lessened the Hill Country’s old-fashioned country charm. It’s still a sea of cowboy hats and pickup trucks, a place where you can sip award-winning wines in a landscape dotted with as many cacti as vines. Visitors may flock to the Hill Country to sip wine, but they end up drinking in the romance of the Old West, too.”

Three Hill Country wines won double gold at the San Francisco International Wine Competition over the summer. This is considered one of the country’s most prestigious competitions, featuring wines from all over the world. Double-gold “means every judge on the category panel awarded the wines a gold in this blind-tasted competition,” said the Dallas Morning News. Double-gold winners included:

Duchman Family Winery in Driftwood also won a gold for its 2011 Texas Aglianico.

Pedernales Cellars' award for its Tempranillo continues the winery's hot streak. Their Viognier Reserve 2012 was also chosen in a blind taste test conducted by Texas Monthly as one of the Top 10 wines of 2013.

“Rich with ripe peaches, honey, and jasmine on the nose, this wine is a classic example of what a French Viognier should taste like,” said Texas Monthly. “So much so that the French even gave it a Grand Gold Medal in the Lyon International Wine Competition. (The only U.S. winery to receive such an honor.).”

It was that “major coup” as the Dallas Morning New called it for eight-year-old winery Pedernales Cellars at the Lyon International Wine Competition that opened many an eye to Texas wines outside the state. The grand gold was the only one handed out to a U.S. winery out of 3,000 entries in the competition; Becker Vineyards’ viognier won silver and Flat Creek Estate’s won bronze in Lyon.